Dying is Easy. Comedy is Hard.

Clowns. We've all seen them... riding their unicycles, blowing up balloons at parties, piling in garish hordes from tiny cars, waddling around in bulbous red shoes, passed out in a dumpster stinking of booze and regret. For what do these martyrs of mirth sacrifice themselves? The answer is they do it for us. Not just to fill our need for laughter and merriment, but because they defy the doom of mankind! Clowns are man's only salvation against… Vampires.

You've seen Vampires too; you just didn't know it. Maybe they were killing the mood at a party, ruining a great punchline, layering red tape onto a business, or just plain old-fashioned sucking the blood from the living. Contrary to myth they do much of this in broad daylight, their only fear of the sun being that it might expose them to mockery. They drain humor from the world because they fear someone might dare to laugh at them. You know the type.

Vampires are right to be afraid, as their immortality depends on their dignity. Clowns must destroy a Vampire in a hilarious way for it to stick. This war has gone on for ages, and unfortunately the old gags like garlic and crosses barely get a chuckle nowadays.  Sure, folks thought being impaled on a stake with a brick in your mouth was the acme of comedy once, but today's Clown plays for a tough crowd. Fortunately, Vampires fall into the “Straight man” role so eagerly that it isn't impossible to set up a killer gag.

… and do it you must, or the world will be drained of everything that makes it worth living. Ridding the world of life-sucking undead is your sacred duty as a member of Clown Helsing!

This book includes all you need to play; how to make characters, how to resolve the results of actions, and guidance for setting up games and encounters!

Softcover Print-On-Demand is available here and at Spearwitch!

Cheat Sheets for players and 3x5 print labels for clown cards are also available for download below.

As a side note, the game ClownTime by Tetra Saturn works perfectly when played between games of Clown Helsing. Check that out too!

Check out the reviews on:

In order to download this game you must purchase it at or above the minimum price of $7 USD. You will get access to the following files:

Support this game at or above a special price point to receive something exclusive.

Select this to claim a free Community Copy of Clown Helsing.

If you purchase the game OR just rate it 5 stars, you will make a copy available for someone else in need.

Clown Helsing is the answer to the question: what if a bunch of clowns fought a bunch of vampires?

It's 37 pages, with an honest-to-god intro fiction, relevant quotes under the chapter headings, tons of art, and a solid, readable layout.

If I had to describe Clown Helsing in a single phrase, it would be "committing to the bit."

There's no hesitation here. No thoughts for the future. Just pure dedication to clown vs dracula hinjinks.

Clown Helsing's writing is damn good. Like the best of circus performances, even when you know exactly what's going to happen next, you're completely entertained.

Clown Helsing's premise is that vampires feed on blood, but more than that they feed on frustration and suffering. To kill a vampire, therefore, you need to do it in a way that's comedic. This anchors the game's tone to its gameplay in a way that's extremely clever if you dwell on it, but you don't have to, and Clown Helsing is very good at just keeping things light.

Mechanically, things are pretty simple but flavorful. Conflicts are resolved through Rock Paper Scissors, with ties going to the person with the most relevant ability. There's a little more to it than that, with opportunities for team attacks and some other basic strategies, but the mechanics' goal is to keep the group oriented on playing the game, and they do that with no problems.

For GMs, there's a solid section on how to run the game, including samples of play and general advice. There's also recommendations on how to worldbuild, and how to adapt the game's mechanics to focus more on specific elements. Safety tools are suggested, and sort of provided, but the game recommends searching for a more complete set on your own.

Overall, if you've been sleeping on Clown Helsing, I strongly recommend checking it out. You may want to do some tweaking to get its tone and energy into the sweet spot that matches your group's, but it's a phenomenally well-made thing, and I can't wait to tell some of my regular groups about it.

Thanks, not to review a review but that was very insightful! 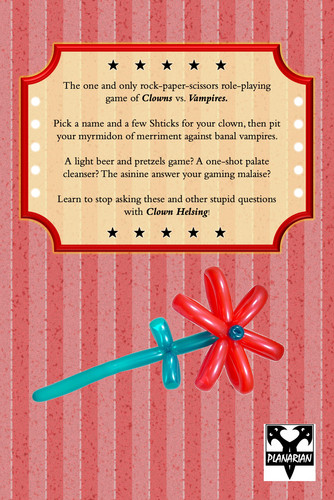 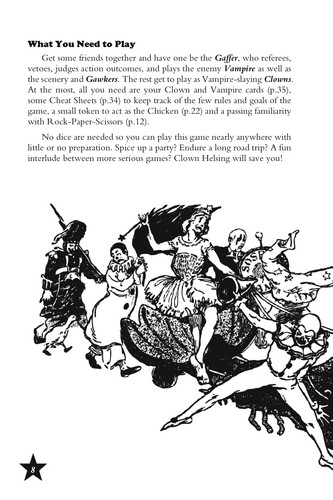 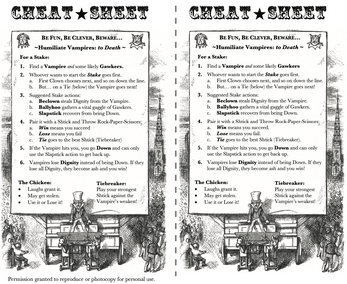 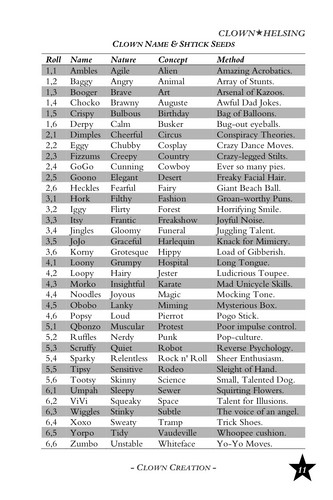 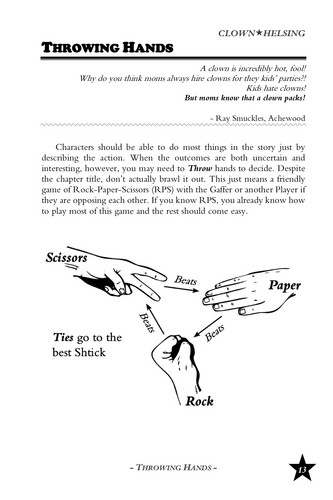